Each year, Tajan puts the spotlight on Design through its sales dedicated to furniture, objects, lighting and ceramics by 20th century artists.

For more than 25 years, the 20th Century Decorative Arts and Design department has been a pioneer in promoting the great artistic movements of Art Nouveau, Art Deco and post-war Design.

At the Espace Tajan, a magnificent exhibition space with an Art Deco glass roof, the department’s team will be delighted to offer you a personalised service combining expertise and advice.

Throughout the year, the creations of the most popular artists on the market are included in our chronological or thematic sales. The signatures of the works sought by our clients are the most representative of the major artistic movements of the 20th century:

The 1940s and the main decorator-designers

The 50s and 60s of architects, designers and ceramists

The second half of the 20th century was dominated by the creations of architects and designers such as Jean Prouvé, Le Corbusier, Pierre Jeanneret, Pierre Guariche, Alexandre Noll, Serge Mouille, Mathieu Matégot and Georges Jouve.

It was also at this time that women designers took on a leading role in the artistic direction of the major houses or within their own workshops, following the example of Charlotte Perriand, Colette Gueden, Line Vautrin, Suzanne Guiguichon, Guidette Carbonell, Suzanne Ramié or Gabriella Crespi and Gae Aulenti in Italy.

Over the years, post-war design has become a speciality of Tajan. It largely dominates sales, regardless of its origin – French, Italian, Scandinavian or American.

This speciality was confirmed in 2022 with the creation of a thematic sale dedicated to ceramics from the 1950s, in which more than 90% of the lots were sold and a record sale price was set for a vase by Peter Orlando.

This speciality of fine art is now booming and confirms Tajan as a leader in this market since the sale of the first collection specifically dedicated to this art in 2012, with the dispersion of the Ducret-Montjaret collection.

Culinary arts in the 20th century

Since 2010, the French gastronomic meal has been classified as an intangible heritage of humanity. The first idea that comes to mind when one thinks of this meal is certainly that of dazzling tables. Because each plate, dish, carafe… has its own story. In 2023, Tajan has decided to offer sales based on this theme, to place 20th century tableware in an artistic dimension that enhances its daily use.

Culinary arts is part of the universal heritage. Beautiful, useful, luxurious, historical or contemporary, tableware is as rich and diverse as design can be.

Tajan has always been the house of reference for sales by major collectors and dealers of decorative arts. The success of these sales contributes to the reputation of the department, placing Tajan Auction House among the major players in the 20th century design market, for European and international clients.

Our team of specialists is at your disposal to ensure that everything is done to enhance the value of your goods. 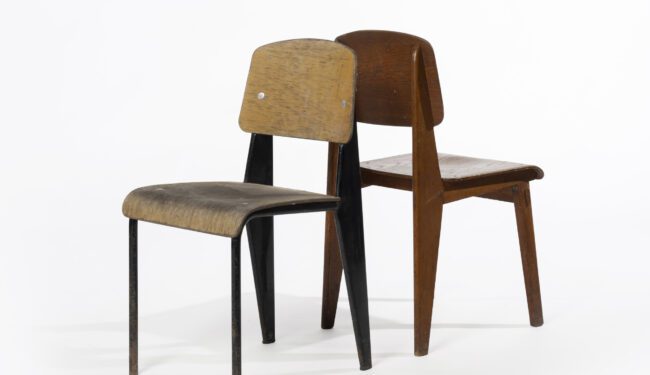 Contact our specialists to include lots in this sale